Olympia is a sanctuary of ancient Greece in Elis, known for having been the site of the Olympic Games in classical times, comparable in importance to the Pythian Games held in Delphi.

The first Olympic Games were held in honor of Zeus.

Whether the Olympics are paying homage to Zeus today or not, is not certain. However, one thing that it’s for sure is the very blatant and obvious homage they’re paying to the forces of darkness.

On photo above, those who have eyes to see can clearly see the conjuring of evil spirits during the ceremony taken place. You can clearly see a giant demonic hooded figure overseeing the crowed, holding a magic wand. The purpose of the magic wand is to focus magic and will to a specific point or action.
The magic wand is often used for drawing the ritual circle and closing that very circle. Notice that the place where the Olympics are taking place is a perfect circle. 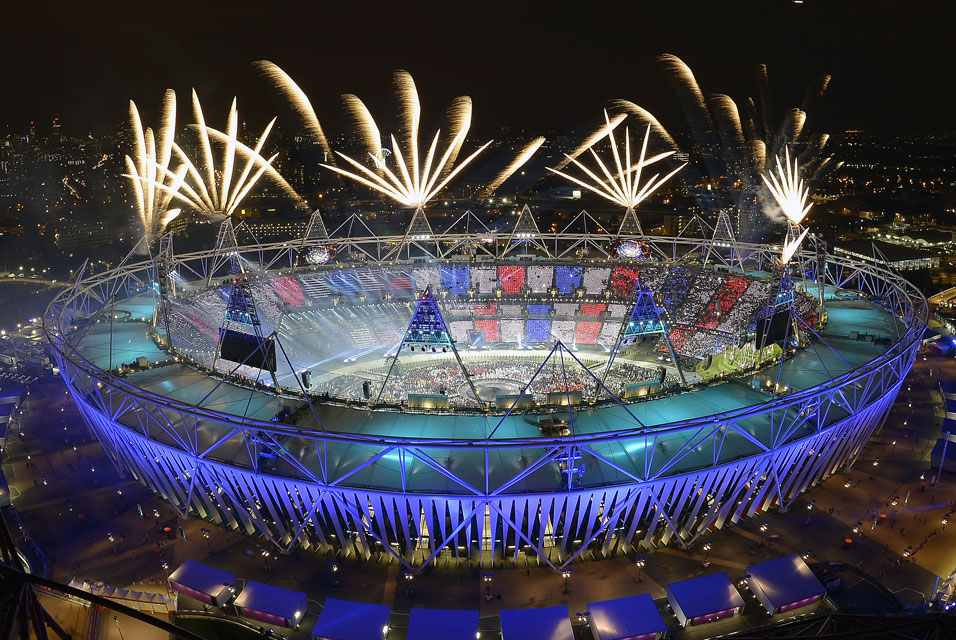 At the beginning of every Olympics or FIFA tournament there is an opening ceremony in which enormous sums of money are invested into creating an atheistically pleasing entertainment for the crowds. The ceremonies are often linked to ancient pagan Babylonian, Egyptian, Greek or Roman rites and rituals in a colorful display of artistic re-enactment. Sport arena mimic the ancient Roman coliseum and the ruling party again recreate ancient acts of worship before the eyes of blinded men. The displays are meant to be ‘innocent’ to the untrained eye of the spectator – yet the applause rings home the naivety of mankind in engaging in a festival meant to pay homage to demons.

These demons are the forces behind the New World Order and many of us are helping them.

How so, you may ask?

Have you ever been through a divorce? (That’s destruction of the family)

Have you ever experimented with homosexuality? (That goes against the nature of God’s laws?)

Do you know anyone who is an evolutionist? (That’s Antichristianity – the spirit of the Antichrist)

Why some of us have fallen into this trap?

Because there are powerful forces that have been unleashed and are very active working hard towards a New World Order, and we have left the realm of God’s protection as a whole.

Imagine wolves cleverly being able to talk the sheep out of leaving the protection of their Sheppard in order to completely devour them once they find them unprotected.

We are the sheep and these demons are the wolves that have convinced us through their puppets in the Illuminati which run entertainment and politics, to go into realms that God has forbid us to go. This is designed to leave us unprotected, which will lead to the New World Order & the death of 1/3 of the world’s population.

Therefore, the decline of society is part of their plan, not only to destroy individuals, but to also destroy kingdoms as well.

Edward Gibbon, a historian who wrote: The History Of The Decline And Fall Of The Roman Empire, Six Volumes, published between 1776-1788. Gibbon’s work was scholarly and monumental, as it thoroughly covered a period of history spanning approximately 1,200 years. His goal in producing this study was to precisely catalog the reasons for the rise of the Roman Empire and the factors leading to the decline and fall of the Empire. Gibbons was universally hailed as achieving his objective brilliantly. Truly, no greater historical study has ever been created, before or since.

Gibbons not only created a document which details how and why the Roman Empire rose and fell; he created a document which detailed precisely how a successful and powerful Empire could be subverted and destroyed. And it was published in the precise time period (1776-1788) in which Weishaupt (Illuminati founder) was beginning to formulate his Plan to overthrow the existing Western system of government and religion.

Doesn’t that sound a lot like modern day America & the rest of the world?

Let us now return to the Modern Olympic Games, and their role in promoting the New World Order.

When Wenlock and Mandeville, the official mascots of the London Olympic Games, were unveiled to the world in May, the general reaction was one of amusement with these weird, one-eyed, metallic-skinned creatures. According to the Olympic organizers, these creatures magically formed out of stray drops of molten steel during the construction of the Olympic stadium, so they decided to use them as mascots.  Talk about help from the supernatural; even the media interpreted these creatures to be aliens.  Should we then be surprised to learn that a UFO appeared over the 2012 Olympics in London?

After all, evil attracts evil.

Occult Symbolism and Numerology is also behind the 2012 Olympic Mascots

The eye may also represent the Cyclops, Nephilim, (predator) myth creature or an alien species.

Anyone that is studying the numerology and symbolism of the 2012 Olympics should realize that the Occult Illuminati are planning a huge occult ritual event that will anoint the Master of the Darkness over this world; a major preparation event for the activation of the New World Order on 12/21/2012. Then the presentation of the aliens that could potentially lead into a world war; henceforth, uniting the entire world as one. This is just one of the many possible scenarios of how the NWO could be quickly established and implemented. .

These so called “aliens” in reality are nothing more than fallen angels and demons, which will claim to bring to us a new age of enlightenment but in reality hell on earth.

Those in high places in our society are receiving help from the realm of the supernatural in order to accomplish the goal & will of the forces of darkness that rule them and want to rule the world.

Some may say, well they already rule the world. That’s correct, but they rule with restrictions, they want to rule the world without any restrictions, a definitely hell for all of us living on earth.  So the more they can get us to get further away from God, the more they are approaching their goal and the level of unrestriction that will allow them to do with us as they please.  Remember, killing 1/3 of the world’s population is in their agenda and its written down in the guiding stones of Georgia. 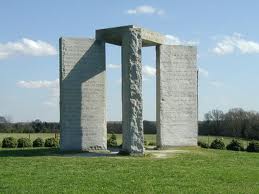 The only reasons they haven’t reached that point yet, its God’s restriction over them.  So if you’re all into the Olympics, sports. Hollywood, the music industry, and all sorts of   entertainment pushed and produced by the world, for the world, then you are supporting your own destruction and thus aiding to your own demise!